Wow, what a year!

As 2020 draws to a close, here are our views and some news all wrapped up in a bite-sized chunk.

On the IT front, we kicked off the year with a fond farewell to a few Microsoft stable operating systems, with the end of support on 14th January 2020 for Windows 7 Professional, Server 2008, Small Business Server 2011 and SQL Server 2008.

For those clients ahead of the curve, we had eliminated these from their IT estate in good time. Others perhaps ran the security gauntlet as software patches ceased and performance issues nibbled away to make support difficult.

During February, we completed our own extensive security review of server and endpoint security products. We had become increasingly concerned that WebRoot – our once-preferred endpoint security product – was at times failing to detect malicious activity and the tracing of the infections proved tricky if not impossible. Following the review, we opted for Sophos Server EDR and a minimum of Sophos Central X on endpoints, for a few key reasons:

These are three big ticks for us techs.

One of our clients recently experienced an attempted ransomware attack and subsequently received the level of protection highlighted in point 1 above as they had recently converted to Sophos. This was all much to our technical delight and the client’s utter relief. After all, we are all geeks at heart and when a product does exactly what it was designed to do, we know we have opted for the right security product set for our customers.

Sophos security is our supported vendor and Integer will be dropping Webroot from our support matrix on 30th January 2021.

Covid-19 hit and turned businesses on their heads.

For those businesses which had invested in firewalls and robust IT infrastructure, the sudden move from on-premise to remote or home working was reasonably easy, provided the internet bandwidth was good enough in the office and – more importantly – at home.

Overall internet performance was slow as the NBN took a hammering, and our helpdesk was at its limit, and the busiest it’s ever been as we helped customers move some or all of their staff off-site to remote working. Telstra, Commander and several other suppliers shut down or limited their helpdesks, which was unhelpful, to say the least!

Phishing scams went through the roof, with hackers attempting to manipulate clients with “please log on again” credential-gathering scams and Australia was under cyber-attack from a state-sponsored actor. Security concerns were at an all-time high.

What Information technology professionals had been advocating for years suddenly became the new norm, as corporate headquarters emptied and business parks became ghost towns. It took a global pandemic for businesses to quickly realign, with most employees becoming far more effective without their daily commute. Managers who might have previously considered the idea of their staff working from home to be a risk to productivity very quickly changed their tune once remote staff were up and running.

We suspect profits will go up as office rents and expenses decrease and former offices will become difficult to let, and perhaps be turned into new apartments. We predict social interactions with colleagues will be in smaller offices or shared working hubs; watch this space!

We were back to the new normal and all those must-do projects that had stacked up over the previous six months – because business owners quite rightly held off on capital expenditure projects – were back in focus. JobKeeper payments ceased for most at the end of September and the majority of our clients were thriving.

Port Macquarie was at the heart of the NBN’s regional launch of free fibre installation to business premises with their enterprise ethernet offering. Integer IT was in the news and on the TV as MP’s flocked to the area as part of the national announcement. This was an exciting announcement and makes NBN business fibre connections now very cost-effective. Connecting your business to enterprise ethernet means no more waiting for the internet to respond to a few mouse clicks at 3 pm when kids get home from school and thrash the copper data network with Tiktok, Instagram, Snapchat, Youtube and Netflix. The productivity gained, time saved and frustration quelled will more than pay for the difference in plan pricing as the NBN network delivers.

Throughout the year we have been upgrading physical telephone systems, with the outlook that this will be the last time clients buy this type of technology or physical hardware.

With the delivery of the NBN fibre zones and the advancement of hosted voice data being delivered via mobile devices on an office telephony network, we believe that we have now hit the Kodak Moment (film to digital memory card photos). In this case, we predict physical on-site phone manufacturers will rapidly decline or pull out altogether as market share switches to the cloud with hosted voice delivery to any handset/PC/mobile device, whatever the preference, thus freeing the employee from the physical desk.

One thing is for sure: 2020 hasn’t been dull, but thankfully technology has provided an agile environment and – in a rather positive way – ensured our way of working will never be the same again.

We would like to thank our customers for their continued confidence in our services throughout the year. We are proud to have increased our staff numbers in what has been a difficult time for many local businesses, and we are excited about our plans for 2021 and beyond (stay tuned!).

From Garry King and all the staff at Integer IT, we wish you a happy, safe holiday season and a prosperous new year! 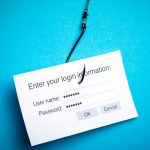 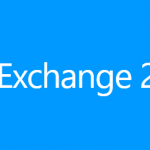